Our History teacher, Lenny Ambrosini selected many different characters from the French Revolution, and in pairs we had to create a fake facebook profile of the assigned character. I worked with Pancho Mosquera and this is our «Fakebook«.

This is an activity about the endocrine system. I worked with Florencia Araya and Joaco Venini.

Hormones: A chemical substance produced by a gland, carried by the bloop which alters the activity of one or more specific target organs.

This is an image of the endocrine system and all it’s glands, icluding their respective functions. 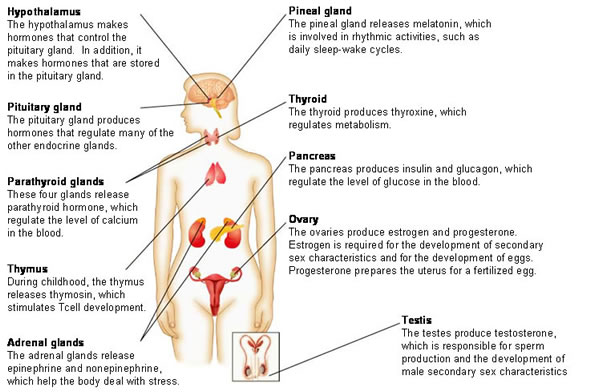 The effects of adrenaline: Heart rate and breathing rate increased, blood vessels in the skin and digestive system contract which makes you go pale, the pupils widen, and causes the liver to release glucose into the blood for the muscles to release  energy from it and use it to contract.

This is a picture of a situation in which adrenaline is secreted. 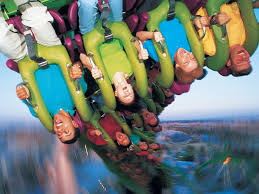 In this particular situation adrenaline is secreted because the brain sends impulses to your adrenal glands whenever you are frightened, excited or keyed up.

In biology we were asked to search for yet another video, and this one had to be about the pupil reflex action. I chose this BBC short because it is brief and clear, and it has nice visuals.

This is a chart I drew that explains how the pupil reflex is carried out: 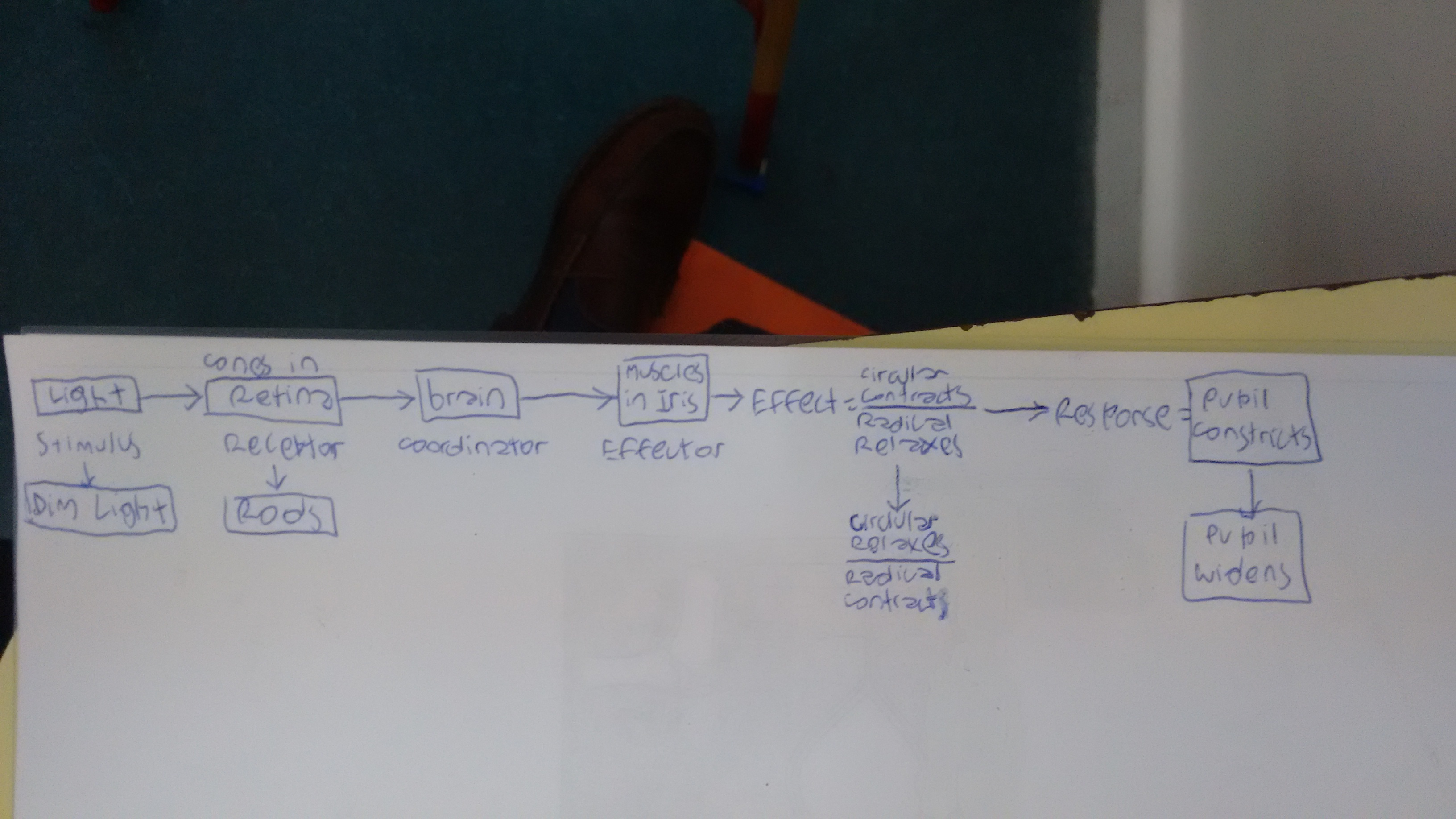 Essay on the Yellow Wallpaper.

For this Literature activity, me and Mara Ripoll were supposed to write an essay about the Yellow Wallpaper, but the difference is that we got to create the essay question ourselves. Here is the essay we did together:

«John is the Villain of the story» How much do you agree with this statement?

In the story “The Yellow Wallpaper” by Charlotte Gilman, John, the husband of the narrator, is known to be the villain. As a ‘physician of high standing’, he assures his wife is going through a nervous depression, locks her up and vetoes her wish to write and relate to other people; because he is sure this will help her recover. He trapps his wife and leaves her alone, but only for her to get better. So up to what point is he the villain? He, by definition, is not the villain, but several times throughout the story, has villany behaviours.

To begin with, we know for certain, that John, through his knowledge as a physician, does what he thinks is best for his wife’s health. As the narrator says at the beginning of the story, he is “practical in the extreme”, he believes isolating her wife is the solution so no matter what she says or what she does, he will not let her out of the land. He thinks what he is doing is right, and she would eventually get better, but she does not in the slightest. He uses science to try and help his wife; he is not acting as a villain, but one may think so because his actions aggravate his wife.
Furthermore, he cares deeply for the health of his wife and does what he believes is right for her. Despite this, he can not help her at all simply because he does not think he needs the opinion of his wife, which is his first mistake. He ignores her when she wants to express herself, when she tries to tell him what she really needs, what she really is going through “…John would not hear of it”. Without the point of view of the diseased, it is very difficult to know exactly what goes through that person’s mind and spirit. So we realize that although John has good intentions, he acts upon what he believes is right, not upon what his wife, the one who is suffering, tells him. What he does ends up harming his wife, but that is not his objective, since he is not trying to be a  villain.

Despite this, we must hand it to him, he shines at some moments, and helps his wife, which he does not know mean so much for her. For example when she tried her best to express her needs but failed when she started crying uncontrollably, and then he “…gathered me up in his arms, and just carried me upstairs and laid me on the bed, and sat by me and read to me till he tired my head”, he, without the use of medicine, did what was best for his wife. It is in this moments that we come to respect John, and we understand that everything he does, he does for his love. Therefore, he is not the villain, because he has good and caring intentions.

In contrast, the woman obeys what her husband tells her to do, and realizes he is wrong, but decides not to act upon it. She trusts him, and so she fights with herself to get better under the conditions her husband gives her, “he takes all care for me, and so I feel basely ungrateful not to value it more.”, she puts up with everything John says because she knows he wants only the best for her, and so she accepts everything, not being able to go out of the land, not being able to talk to anyone, not being able to write. She loves him, so she sticks to him, even though he is hurting her. He makes his wife suffer like hell, but she realizes, as we readers do, that he only wants what is best for her, so he must not be considered a villain.

John makes an error by using science and medicine to cure his wife, and is stubborn enough as to ignore the negative responses of his wife to his methods to cure her. He does help her at times, and that is when she realizes he, despite what he`s actions show, has good intentions, because he loves her. She loves him too, and so she obeys him and stays by his side because she knows her husband is not a villain, but a man who lacks perspective and who believes science, medicine and reason is the answer to all the struggles in life.

In this activity we were supposed to work in groups to find a special place we all have in common, and the each of us should write about this place and explain how my partners and I shared the place. I worked with Catalina Rela and Florencia Araya.

Some of my best memories from my childhood are of the time I spent enjoying nature and familiy in my grandmother’s big country-house. I’ve known it since the beginning of my life, and cannot remember a time when I didn’t visit the place at least once every month. Still to this day I try to go with my brothers, cousins and/or friends whenever I get the chance. It is one of the places I most enjoy going to and it will always be a part of who I am.

I was amazed to find out how much me and my friends, Cata and Flor share in common about the countryside. Even though each country-house might be different in terms of appearence from the other, we are all familiar with the feeling of belonging and comfort that the countryside offers to us, and have very similar experiences and memories of being in this special place.

Never in the city would you see such a complete, light blue sky dome, or the hundreds of thousands of stars dotting the black roof, and the brightest full moon. There is nothing like lying on the green grass and looking up at the leaves of your favourite tree, and listening to the different birds

This is an activity we completed during Biology in which we were supposed to share a video about the synapse that was helpful for us. Here is my video:

Our teacher Daniela Barra provided us with a very useful presentation made by herself, that introduces the subject for this year: Introducing Language.

In Biology we´ve been studying the nervous system. This is the activity we were to complete.

1) Name the topics explained in the lessons.

2) Look for pictures in the internet about the three types of neurones and outline their function.

The motor neuron carries information from the Central Nervous System (CNS) to the effects. 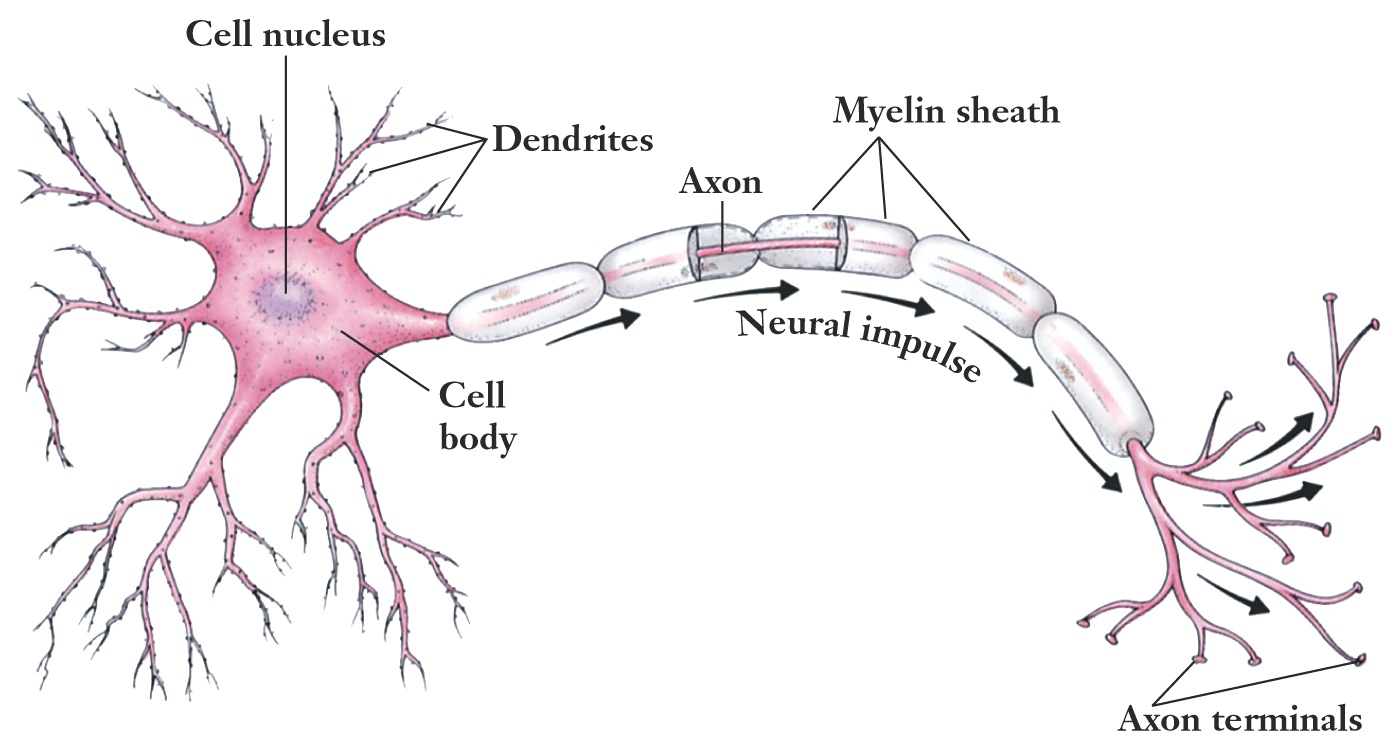 The sensory neuron carries signals from receptors to CNS.

The relay neuron carries messages from one part of the CNS to another.

During biology class we went to the laboratory to investigate how the Catalysts (Enzymes)work. We made an experiment using water with different temperatures and added potatoes. The catalase in the potato is affected by temperature.

AIM: How to affect the activity of the catalase.

This was the task:

1- Write down the equation of the chemical reaction in words and build a table to record your results.

b- a piece of potato (source of catalase)

3- Cut the potato into 2 cubes of 0.5 cubic centimeters each. The third cube has already been prepared for you.

5- Place the cube into the test tube and leave it in the water bath for 2 minutes.

6- Measure the height of the foam produced.

7- Record the result in the table.

9- Plot the information in a line-graph

a- Why did you leave the potato and the test tube in the water baths before the experiment?

b- State: – the independent variable

The height of the foam produced.

c- Describe the results shown in the graph.

d- At what temperature the enzyme works best?

No foam is produced. There is no activity because at high temperatures the active site loses its shape, therefore the substrate doesn’t fit into the enzyme. The enzyme is denatured.